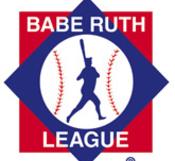 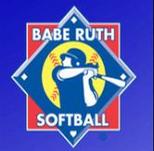 Parents Rights
Every parent has the right to know what their child’s Coach hopes to accomplish during the season. Once teams are assigned, parents should be sure to ask the Coach any questions that they may have. More importantly, any way that you can volunteer to assist your child’s team to achieve their goals, is essential to the season. Do not hesitate to advise your child’s Coach that you would like to help. Your assistance will be greatly appreciated!
Each program at Folsom has different individual goals. At every level the coaches strive to teach teamwork, fair play and sportsmanship. The FAA’s coaches guide our teams to compete with the expectation of having a successful season. If you have a complaint which you cannot resolve with the coach, please contact the Tee-Ball Commissioner and/or Softball Commissioner for assistance. If they cannot resolve it, it will be referred to the FAA Board to be resolved.

Please remember that the coaches jobs are to coach and teach your children.   Please allow the coach the opportunity to do his/her job while you enjoy your time on the sidelines watching your child(ren) having fun with their friends.  Please do not do any “coaching ” from the sidelines.   It becomes very difficult for your child to focus on their team’s coach when they can hear mom or dad coaching from the sidelines.  While encouraging and cheering from the sidelines is awesome, actually instructing them during the game, is NOT okay.   Please allow the coaches to do their job which will lead to a much better experience for your child, for the team coach and for the team overall.   Thanks for your cooperation!  Always remember!

Coaches, Players & Parents Code of Conduct
The FAA has adopted a Code of Conduct due to incidents which resulted in the assault of a Coach. This Code of Conduct is a written contract between the parents, players and coaches which essentially states that each party will abide by the rules and regulations of the game as well as maintain a cooperative attitude and uphold the ideas of fair play and sportsmanship. Players, coaches and parents are expected to show a positive, respectful attitude for everyone involved in athletic activities. Criticism and disrespect for officials, opponents, coaches or fans undermines the purpose of the sport and brings stresses beyond completion to the game. It contributes to the behavior not in keeping with the spirit of the Folsom Athletic Association nor the Babe Ruth League.

The Folsom Athletic Association Will Not Tolerate:

Conduct which is detrimental to the sport, the participant or the community. Such conduct includes: vulgarity by coaches, players or parents; harassment or belittling of officials, coaches or players; physical violence or the threat of physical violence towards anyone before, during or after the event.

Disrespect for teamwork, discipline, loyalty and effort. Parents will not coach or instruct a team or an individual player at practice, games or events without the permission of the coaches or director. Parents will not approach the players in the dugout during games without the prior permission of the coach as this disrupts the players focus during the game.

No one will confront coaches, players or officials before, during or after the event. If there is a complaint it is to be made to the Softball and/or Teeball Commissioner who will handle it accordingly.

No alcoholic beverages, drugs nor tobacco are to be neither present nor consumed, neither used nor smoked by any person while on Folsom Borough property, this includes the ball field, the common grounds and the parking lot area. The Folsom Borough ball field grounds are designated a smoke free and drug free zone.


The Codes of Conduct are implemented at home games, as well as away games, and includes visiting teams.
The Folsom Athletic Association has the authority, through the umpire(s) to enforce this Code of Conduct:
Any parent, spectator, coach or player who is ejected from a game by the umpire or designated authority, will remove themselves from the sidelines and leave the ball field area immediate. That individual will be suspended from the next occurring sporting event. In the event that an individual is banned from attendance at a subsequent sporting event, the individual may petition the FAA for permission to resume attendance. Prior to being permitted to resume attendance, the FAA may require the individual to present proof of completion of a sports violence counseling program through public or private sources at the expense of the offender.